It gives me a great pleasure to join together with Pekka Nuikki and John Lee in co-founding the FINE Wine Society, a very exclusive private wine club, hosting the finest wine events in the world. As patrons of FINE Wine Society, we are also proud to welcome Gilles de Chambure, the world’s 42nd Master Sommelier and Rich Rosendale, the 67th Master Chef in the United States – as part of our FINE Wine Society team.

Meeting John and Mary Lee through our mutual friends in Napa Valley has led to one of the richest and most multi-dimensional friendships, to put it in wine terms. Our travels and adventures together have lead from experiencing the most unique wine tastings from the Century Tasting in Helsinki to hosting a remarkable FINE Wine Dinner at Ocean Reef Club.

The Century Tasting included all the finest bottles of wine on the face of the earth beginning from 1900 Château d´Yquem and proceeding with fine wines from every vintage from 1900 to 1999. All of the greatest fine wines from the century were represented, such as 1929 Pétrus, 1947 Cheval Blanc, 1955 Romanée-Conti, 1961 Château Latour, 1974 Heitz Martha’s Vineyard, 1989 Château Haut-Brion, 1994 Harlan Estate and 1997 Screaming Eagle. Learn more about the Century Tasting

The FINE Wine Dinner that we donated at Ocean Reef Club with John & Mary is one of my warmest tasting memories, especially the moment, when we opened over 100-year-old shipwreck champagne – 1907 Heidsieck & Co Goût Américain. Learn more about the FINE Wine Dinner.

Along with these highlights, there have been so many great memories with fine and rare wines that we shared together with John & Mary from which I have to list Pekka Nuikki’s “The 100-tastings”, which have taken place annually. During these 3-day events, we have tasted well over 100 wines related to the theme.

Over the past years, we have covered vintages and decades such as 1961, 1940s and 1970s, plus best champagnes of the 1990s and 2000s. Along our paths with John and Mary, we have also shared our annual Napa blind tasting events featuring the top Napa Cabernets, marvelous dinners at Napa Valley and at The French Laundry, and the legendary golf event The Legends Invitational at Pebble Beach, Spanish Bay and Spy Glass Hill.

These unique moments have inspired us to establish an exclusive club dedicated to create and cherish the great moments around the finest and the rarest wines in the world along with exquisite cuisine. This is the genesis of The FINE Wine Society.

About the Co-Founders of FINE Wine Society

Juha Lihtonen is the co-founder and editor of the FINE Magazines – world’s leading fine wine magazines. He is a former sommelier who has succeeded well in the international sommelier competitions, being among the top ten in the world in Montreal 2000 and also winning the best Nordic sommelier title in 2003. He has written several food and wine books and has run the sommelier training program in his home country, Finland. In 2003, UK based Wine and Spirit Education Trust program authorized Juha as a WSET Certified Educator. After studying the Masters of Wine program in London, he worked for the world’s largest cruise ferry operator as a wine buyer and restaurant concept developer before founding the FINE Magazines with his business partner, Pekka Nuikki. Since 2007 he has worked as the editor of FINE Magazines and has organized several exclusive wine trips around the world for selected guests.

Pekka Nuikki is a well-known figure in the wine world. As a writer, photographer, author, investor, lecturer, and consultant, he is the founder of Fine Wine magazines including the world’s only Champagne magazine. He is also the founder of the world ́s largest wine information platform, Tastingbook.com, and the world’s biggest wine competition – BWW-Best Wine of the World competition. He is not only a respected expert of fine wines, but one of the most important personalities when it comes to the future of the Wine media.

Pekka is also one of the most productive wine authors in Europe. Several wine-themed books of his have been published in recent years, most recently publications in English and German: Drinking History – Stories from Wines and Vintages 1870-1970, Mouton-Rothschild Art and Wine and, “Michelin Guide” of the Wine World – 1000 Finest Wines Ever Made, The 100 best Champagnes, The Wines of the Decade and Drinking History, Part II. He has published over 30 books altogether.

Pekka is also the president and founder of the most exclusive wine club in Europe called The Vine Club (established 1989 in London). He is the creator of 100-Events and The Wine of the Decade competition. Pekka has arranged and conducted over 500 wine events all around the world.

Pekka is also a decent tennis player (has played his country’s national team), a keen golfer with a handicap of 1, and seven hole-in-ones, and he is also has a black belt in Kendo. He lives in Helsinki with his wife and four children.

John Lee, a partner in Champagne Magazine, owns the Legends Invitational Golf Tournament at Pebble Beach. He is a member of the Napa Valley Reserve. John and his wife, Mary, have proudly raised over two million dollars for the Ocean Reef Foundation with their donations of participation in the French Laundry White Truffle Dinner and Legends Invitational, events that they produce. John serves on the board of the National UDT Navy SEAL Museum and Taste of the NFL. Previously, he owned Creative Corporate Business Services, which represented Morgan Guaranty Trust, Mellon Bank, and Bank of New York in the corporate trust areas. John represented Morgan Guaranty Trust with the Equitable Life Insurance demutualization and also Chase Mellon Shareholder Services in the Met Life demutualization. He also served on the board of the Hole In the Wall Gang, Legatus, Friars Club, the New York Athletic Club, and the Ocean Reef Community Foundation.

Up to 6 additional events will be added to our 2017-2018 Calendar! We will also be happy to create a custom wine event exclusively for you.


The garagistes refers to a group of winemakers in the Bordeaux region, producing “Vins de garage”, “Garage wine”. The wines produced by these estates often receive very high wine ratings from Robert Parker, normally 100 points and are usually sold at prices driven high by rarity, hyperbole, and fashion.

First and most famous Garage wine is Château Valandraud. This very rare tasting will include all the vintages of Château Valandraud, from the very first one to the latest one – over 20 vintages. ”. Never done before! (for 14 guests)

April, 2018
Ocean Reef / USA / Dominus vs Masseto -event
Petrus is the most expensive and most wanted wine in the world. The owner of Petrus have also another winery called Dominus – “Petrus of Napa Valley”. In Italy there is also one wine referred to affectionately as the ‘Italian Petrus’ – Masseto. We will taste around 20 vintages of these rarities next to each other. (for 12 guests)
April, 2018
Ocean Reef / USA / First-Growths of Napa Valley -event
Seven years ago Napa Valley got it’s first long waited classification, created by Fine Wine magazines. Five wines received the First Growth-status: Screaming Eagle, Harlan Estate, Colgin IX, Heitz Martha’s Vineyard and Bryant Family. We will taste all the best vintages from of these royal wines – around 16 wines. (for 24 guests)
April, 2018
Ocean Reef / USA / The Best Champagnes of World -event
Since 2008 Champagne Magazine has created every year the world’s only “official 100 Best Champagne-ranking”. We will celebrate the 10 year-anniversary by tasting all the previous title winners and category winners – altogether around 25 best champagnes of the world. (for 24 guests)
August 24, 2018
A very special tasting at Pekka Nuikki’s home for Ocean Reef Members who are coming to The Legendary 100 -tasting
August 25-26, 2018
Helsinki/ Finland / The Legendary 100 -tasting.
This three day event is perhaps the most wanted tasting in the world. During the warm Finnish weekend the group of 18 people from all around the world, also includes some of the best wine critics, will taste at least 100 best wines from different subjects together with most famous Finnish opera singers and musicians. This year’s tasting will be perhaps the best one so far – we will taste all the greatest wines from 1980’s decade, perhaps around 150 wines. (for 16 guests)
November 6, 2018
Napa Valley Vintage Tasting in Napa Valley at the Poetry In hosted by Gilles de Chambure, the world’s 42nd Master Sommelier
November 7, 2018
French Laundry White Truffle Dinner honoring the Navy SEALs
November 8-12, 2018
Legends Invitational, Pebble Beach

What an honor to be part of the great evening you organized around the Napa Cult Wine Dinner. As a Master Sommelier I participate and host many world class events around the country and the world, but this event stands out as one of the most unique, generous and outstanding ones i have had the pleasure of hosting. Working side by side with Master Chef Rich Rosendale, who represented the United States at the Bocuse d’Or in France, was a great privilege. The precision and artistry of his dishes and the visual delight and complexity of the flavors were a unique experience for all that complemented the rare wines from your cellar.

Hats off to the Ocean Reef Community for creating such a memorable shared experience! In vino veritas!” 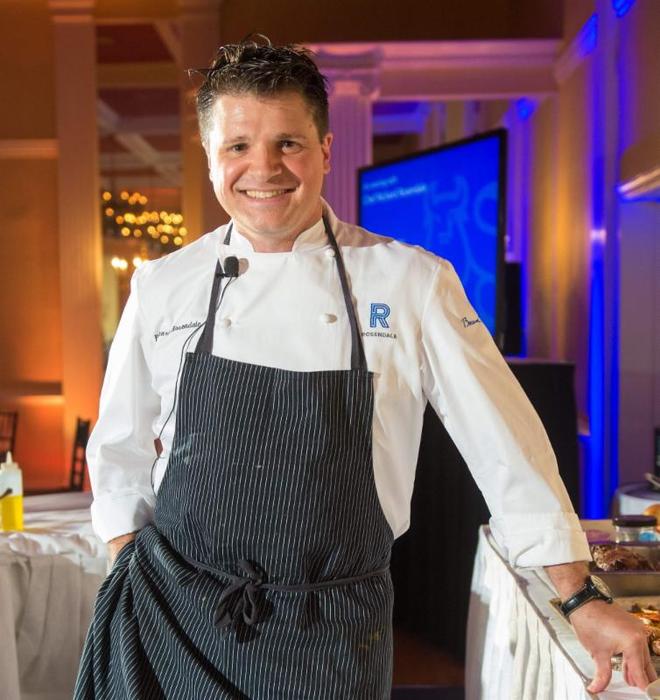 Every year, I host Dom Pérignon and Napa Cult Wine events at the listings I am proud to represent. It has proven to be an extraordinary way to showcase Ocean Reef’s Finest Listings. My invitation only FINE Wine events, including the White Truffle Dinner at the French Laundry and the Napa Cult Wine Dinner, are held all over the world. Many of our USA and international friends, who are patrons of wine, have been our guests for my wine events and have chosen to call Ocean Reef their home.

I invite you to watch this video about one of my invitation only Dom Pérignon events held at The Cooking School at Carysfort Kitchen in Ocean Reef.

View the Video Below 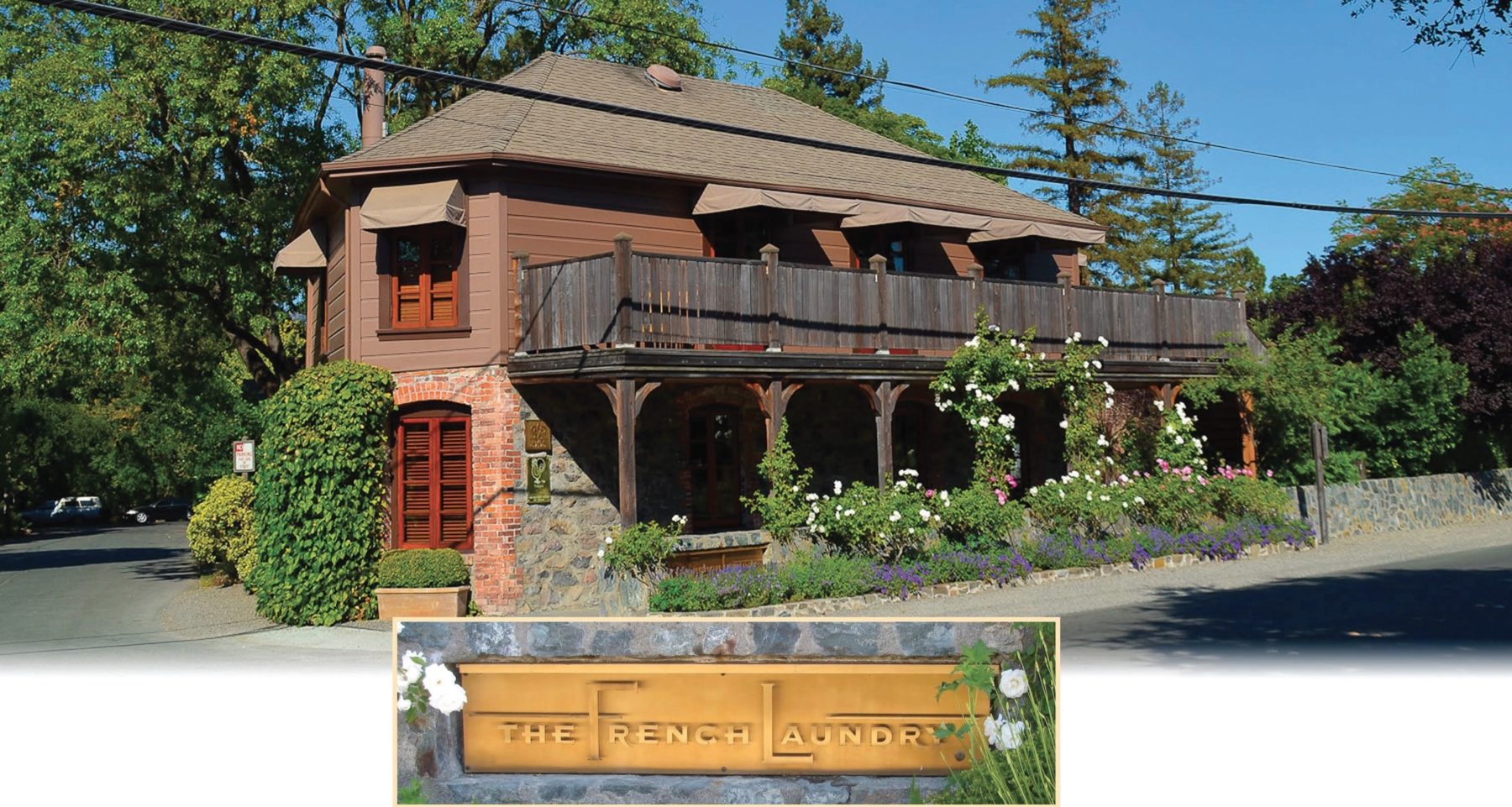 At the invitation of John Lee, world-renown Chef and owner Thomas Keller prepares and hosts a one-of-a-kind culinary event for select guests of the Legends Invitational. This exclusive evening, held in an intimate, private setting at the French Laundry, includes an extraordinary five-course “White Truffle” formal dinner with Napa Valley wine pairings. This unique evening honors our military’s Special Forces while raising funds for the Navy SEAL Museum and support for SEAL families in times of distress or in need of financial aid. Inclusive in this special occasion are active and former Navy Admirals and Medal of Honor Recipient guest speakers. This year’s speakers are U.S. Navy Petty Officer Michael E. Thornton and U.S. Army (Retired) Colonel Jack Jacobs. We cordially invite you to join John and Mary Lee in this very exceptional and once-in-a-lifetime experience. For those of you who cannot attend the Legends Invitational, please contact us for our non-golfing sponsor opportunity to participate in the French Laundry evening in Napa Valley, California and our “Navy SEAL Up Close & Personal” opening reception and dinner at The Inn at Spanish Bay of Pebble Beach Resorts.

View the Video Below 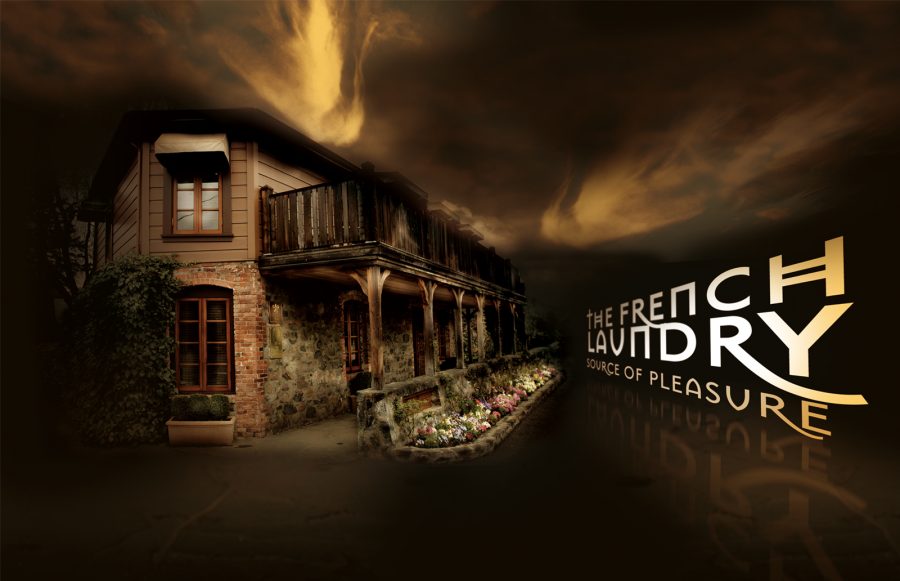 I would also invite all friends of John & Mary to be complimentary members of Tastingbook.com, which is the world’s largest wine information source and social media for wine pros. Tastingbook has most up-to-date wine information over million pages and tasting reports virtually from every major tastings from all around the world. 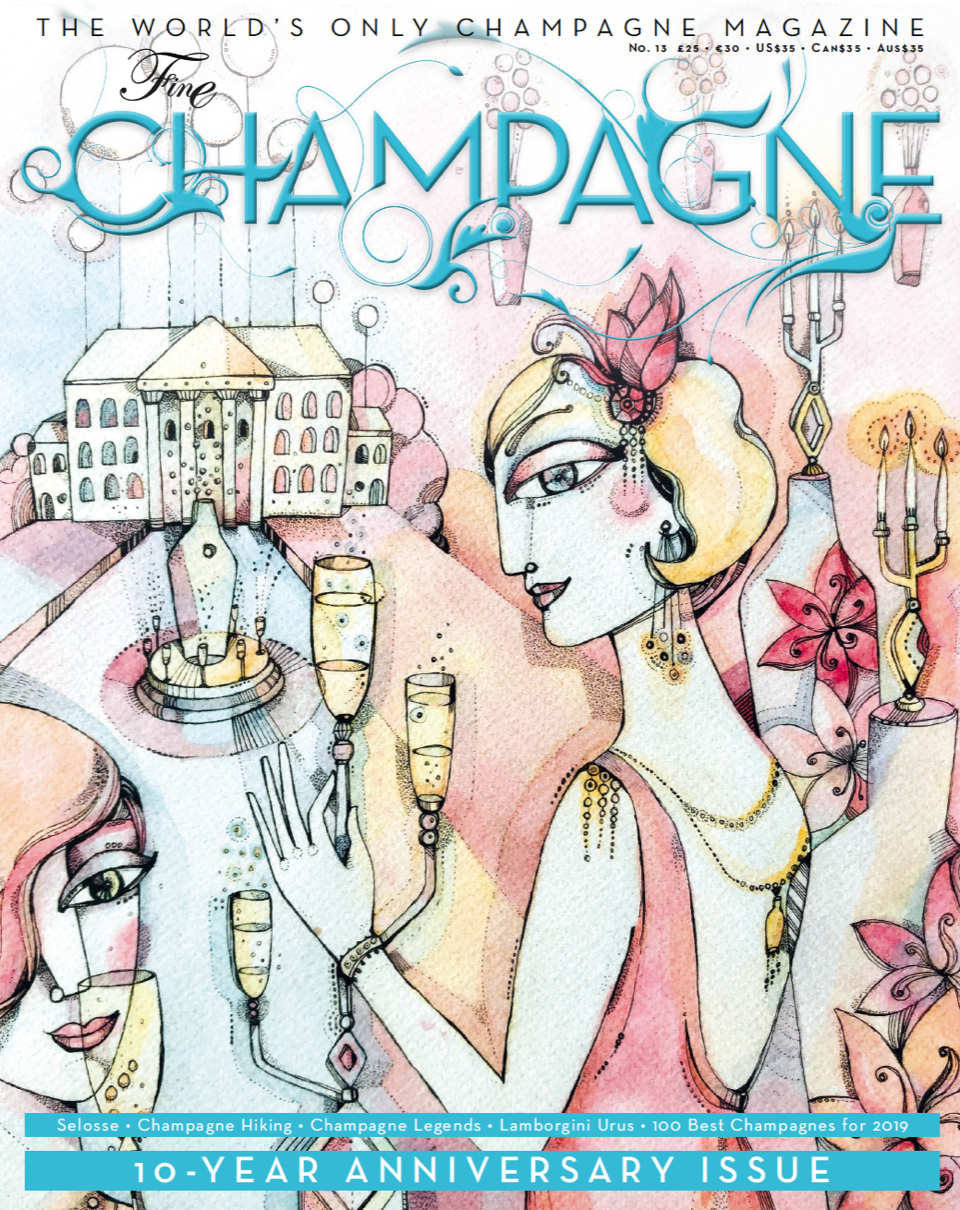 With wonderful friends and partners that make FINE the recognized leader in the world, it is my pleasure along with our partners Pekka Nuikki and John & Mary Lee to present this complimentary issue of FINE/CHAMPAGNE to all of John & Mary Lee’s friends.
Juha Lihtonen, Co-Editor
FINE Magazine 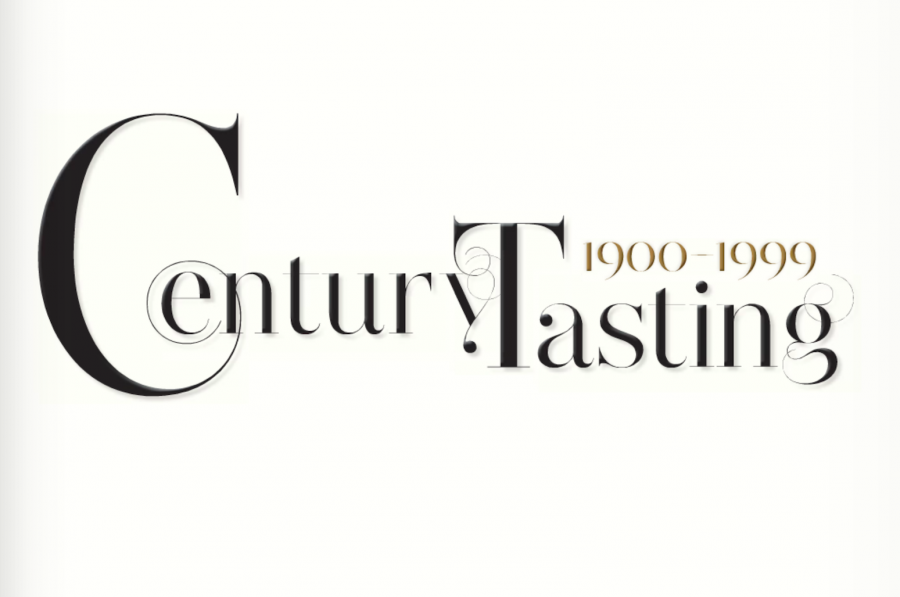